The Queslett Road starts at the Scott Arms junction and then heads for Sutton Coldfield.

Shortly beyond the Scott Arms junction is Sundial Lane. Here is the centre of the B43 postal area. Originally Sundial farm existed here before the area was developed. A new development of flats, Jonfield Gardens, is next on the site that was previously a garage and vehicle showroom.

The road then goes downward,passing one of the original lodges to Great Barr Hall, the junction to Whitecrest, and Holly Wood before diving under the M6 motorway. Before the motorway some green space here is being auctioned as a series of lots with the intention of building houses should planning permission be allowed in the future. 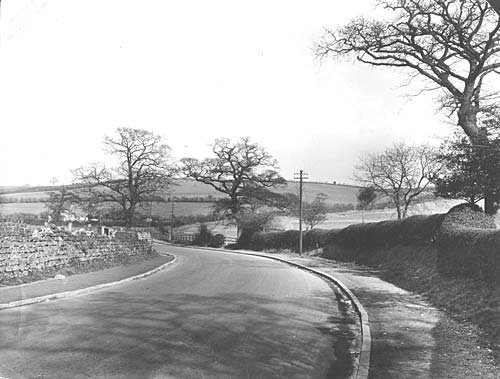 After the Motorway bridge Sandwell becomes Walsall and we come upon the site of St. Margarets Hospital and Great Barr Hall where a major housing development is underway.

At the junction with Beacon Road there are a number of shops with the ASDA supermarket on Old Horns Crescent, opposite the Old Horns public house.