The Scott Arms has always played an important part in the life of Great Barr. 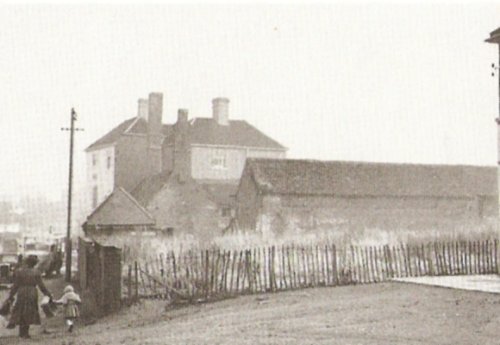 The Scott Arms public house acted as a court and market for the area - the original public house was demolished in the 1960's and a new shopping centre developed.

Shops flank the Birmingham, Walsall and Newton Roads, and these are detailed on their separate pages

The Scott Arms acts as a bus terminus. Originally marking the boundary of Birmingham the buses turned in Walsall Road to return their journeys. This is marked by the remains of a 'Bundy' clock which recorded the times of buses leaving. The base remains but the clock mechanism has gone. The letters BCT indicating Birmingham City Transport.

Near to this Centro have sponsored artwork representing Barr Beacon.