An article in the Weekly News dated 15th March 1890 stated that it had been decided to build a new church at Hamstead to replace the temporary church building at the corner of Spouthouse Lane and Hamstead Road. This small church was built in 1865 and was intended to last no longer than eleven years.

A site was given at the junction of Walsall Road and Old Walsall Road. The foundation stone was laid in July 1891. The church was built of red brick with a slender spire, or bell fleche, on the roof. (In 1969 the bell fleche became unsafe and had to be dismantled). The inside had a wooden roof and stone pillars and plenty of light comes in from the many windows. 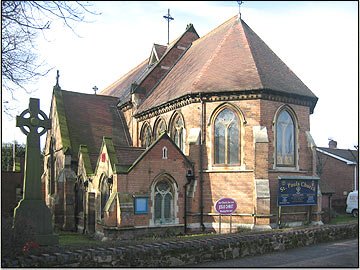 Dr.Legge, Bishop of Lichfield, came for the dedication on 28th September 1892. In 1894 St.Paul's church became a parish church.