Block of shops (with two 'peaks') 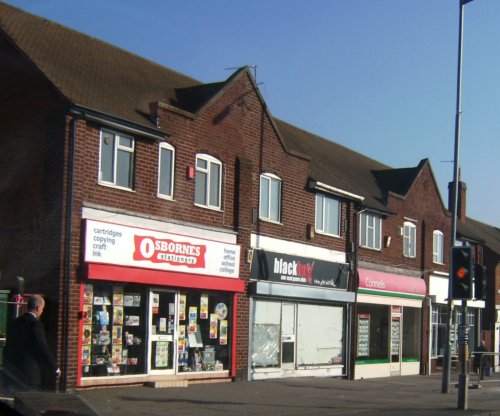 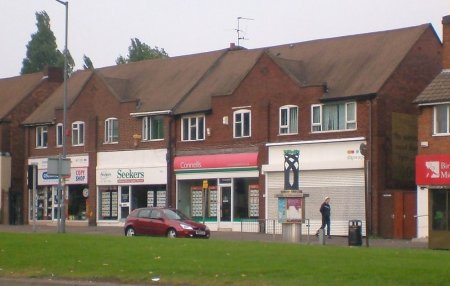 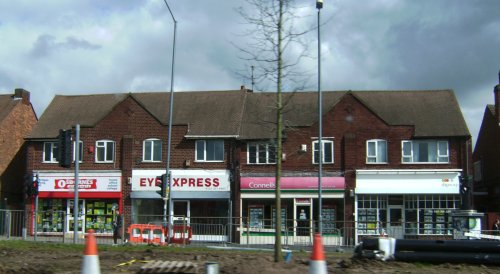 The end of the block has an advert painted across it for tyres. This can just be seen now but when painted the building next door did not exist so a clear view of the advert could be seen.