The Scott Arms shops are centered around the junction of the A34 and A4041. This page will concentrate on those along the Walsall Road, near to the Scott Arms. Other related shops are opposite in the Scott Arms Shopping Centre and the the Birmingham Road towards Walsall.

The shops have developed from the Scott Arms junction towards Birmingham. 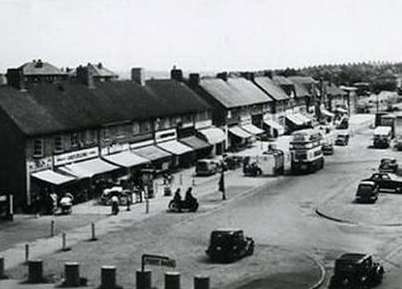 The following blocks of shops have existed, each block having its own pages: 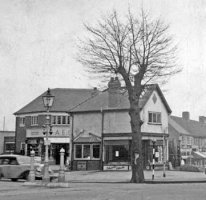 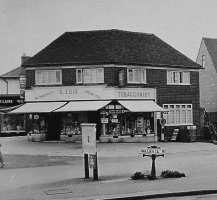 Before the duel carriageway there was a broad pavement area near the junction and towards Birmingham a service road for the shops. Pre-war there was what seems to be a newsagents as a separate building on the line of the main road.This appears to have been demolished in the 1930's. Behind this is the current line of shops. The corner site being demolished in fairly recent times, leaving an empty area and the current Supermarket site.