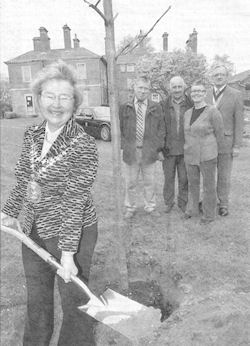 On Thursday August 2nd youngsters got to try out trampolining and climbing skills in the park. A climbing wall and trampoline came to RedHouse Park with sessions between 11am until 4pm.

A Band Concert was booked for 15th July 2007 but had to be moved to 23rd September due to bad weather.