Inside the Red House

Inside the Red House

The Red House has served as family home, hospital, childrens home, flats and offices in its history.

The only old picture that has come to light of the interior is from a Birmingham Hospital Fund publication of about 1912. 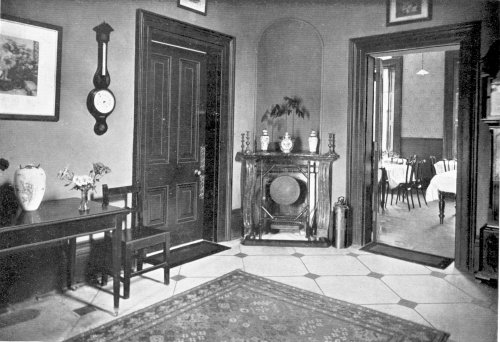 We have a description of the house in its sale particulars of June 1920 that the accommodation comprises:

This provides an insight into its previous use as a home.

In the 1970's part of the house was rented out. Suzanne Simcox has provided some recollections of their time in the house with her husband Roger and son Craig. They lived there for a short time until January 1973

"As you went in via the fire escape the door on the left was Flat 1, this flat was occupied by one of the gardeners,his wife and their son. We lived in Flat 2 which was a bed sitter with it's own bathrom and kitchen, round the corner to the left and up a small staircase, lived Horace Jones, his wife, and their son and daughter (he was in charge of the boats at Dartmouth Park for a number of years. Above us lived a young couple who we never found out the names of."

"I can remember that the downstairs was used for weddings, and partys, so. I think there was a cafe of some sort, not quite sure on that, remember the noise very well, it kept our son of not many months awake, we were not too pleased as you can well imagine."

"We had a coal fire, the coal being kept in the coal house situated just to the right of the side door off Pages Lane, in the next coal house we had to keep our son Craigs pram, luckily it was not damp."

Prior to the listing of the building the interior of the main part of the house was re-decorated with a Heritage range of paints to fall in line with the age of the house. The fireplaces in the two main ground floor rooms are still intact and original (the fireplaces were stolen in 2007). The whole house was rewired. It also had replacement windows fitted throughout. The front of the house had a facelift and repairs carried out by a company of Masons from London. Thanks to Les Charters for this information 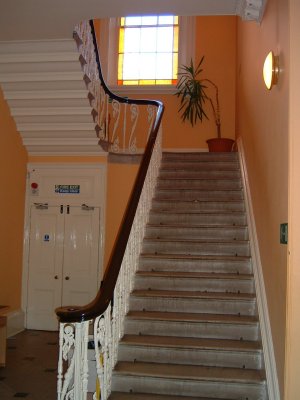 One of the staircases in the Red House