The obelisk first attracts the curiosity of the visitor to Red House Park, and it is in this respect that many strange stories are passed on to the effect that, the memorial was erected to the memory of a horse. It is quite possible this story gained some amount of credence as a result of the Red House being often, and wrongly, associated with Great Barr Hall, where there are a number of memorials to family pets. The name of Scott has been associated with both these estates, and this has often led to the misunderstanding that the families were related.

The Monument is shown on the 1890 map as being "in memory of Princess Charlotte". Princess Charlotte, the only child of the Prince Regent and presumed heir to the British throne died in childbirth in November 1817. [reference] 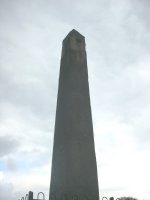 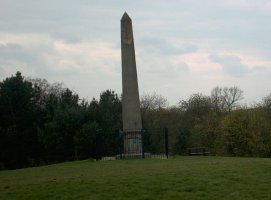 The whole course of British History might have been very different, for she would have Queen of England. Instead her passing meant Victoria going to the throne. The Princess was a universal favourite, and in 1816 the bright and charming girl married Leopold of Saxe Coburg. She died the following year, and the whole nation was grief stricken. Her name was inscribed on many great monuments, the chief among them being a unique window in St. George's Chapel inspired two of the noblest pieces of funeral eloquence in the English tongue namely, the funeral sermons of Chalmers and Robert Hall.

The monument at Red House originally had a tablet affixed with a long Latin inscription, but during a period in which the house was used as a sanatorium for Birmingham children the tablet became damaged and no longer there. The Friends of Red House Park are seeking information on what the original inscription said - contact us if you know the wording.

Over the years there was a lot of damage done to the obelisk. In 2009 the Obelisk was restored (see). 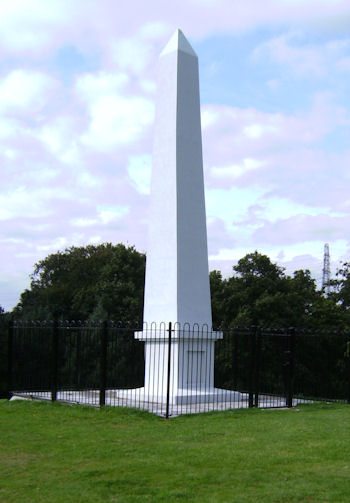 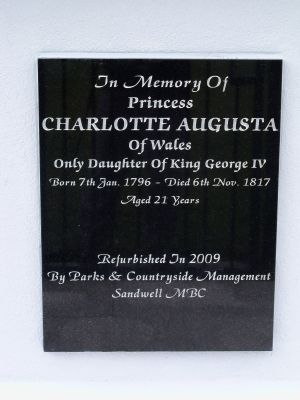