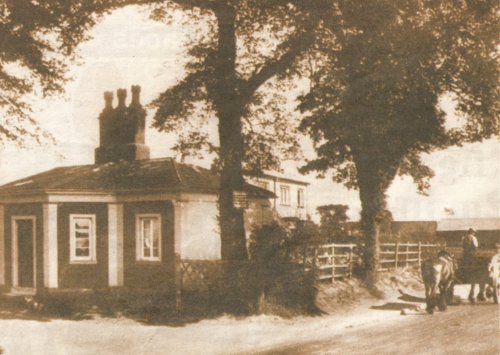 Picture courtesy of Express and Star

The census returns indicate the lodge was normally used by the houses coachmen.

In 1887 Harold Victor Jones was born on 25th September in the Red House Lodge. His father was Thomas Jones, Coachman,  and his mother Mary Janes Jones nee Emery.

By 1911 the main property was in the hands of the BHSF.

An alternative entry is for the Red House Lodge, The Hollies, Newton Road Hamstead Birmingham